When riding alone, you’re responsible only for own safety, in a group you’re responsible for everybody’s safety. In a group, nobody sees everything in front, side, and back. Somebody sees at least one of these and has a duty to call out hazards they see. Example: The lead rider sees a car passing another car and in your lane. “Car up,” is the appropriate response, so that trailing riders become aware of a potential hazard ahead. The same for road obstructions. Pot holes, debris such a gravel or tree branches, or wet spots. The lead rider (or anybody else that sees it) calls out the hazard to the shielded group in back.

The last rider, the tail-gunner is the classic interpretation of, “I’ve got your back.” That rider can best see what’s behind, mainly an approaching vehicle. It’s very important that all riders know they are being overtaken by something that is thousands of pounds bigger than they are. The group “holds their line,” that is don’t do anything to cause a disturbance to the pedal cadence of the group.

Closing this topic, intersections are, by far, the most dangerous areas for any cyclist (or motorist). Even with intersections having 4-way stops, call out approaching vehicles from the right or left. In open road. Why, you have to stop anyway? Answer: The lead rider can (sometimes) slightly alter his/her cadence to allow for the entire group to arrive at the intersection when other intersection vehicles have cleared. It’s always safer and more efficient for a ride group to go through an intersection as a group. And no other cars means nobody is at risk when going through. 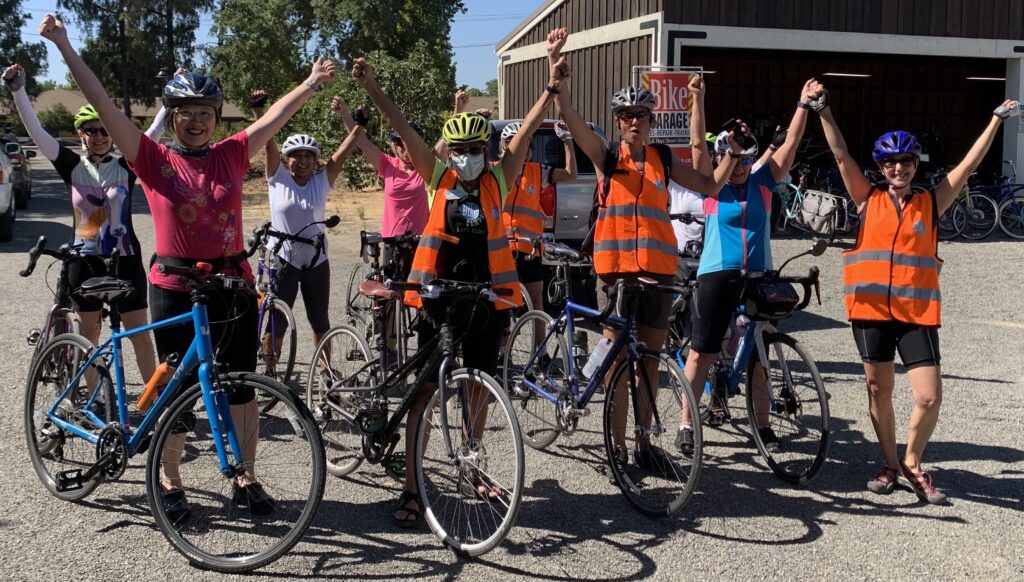